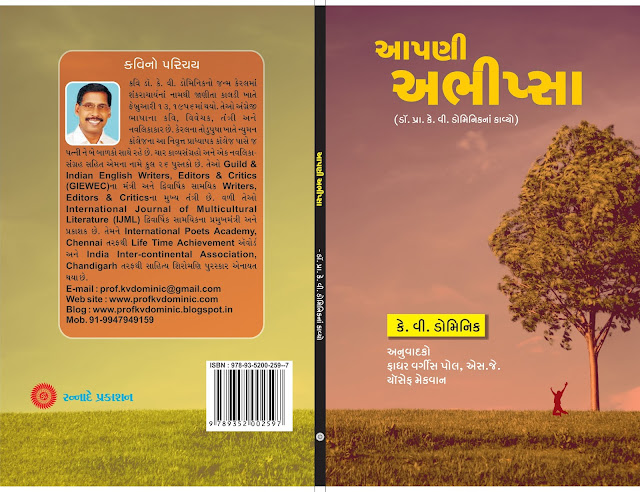 Jayanta Mahapatra is considered the best living Indo-English poet in India. I was privileged to listen to him more than once speaking on poems and poets. I was also privileged to share platform with him and present a research paper during the Indian English Literary Festival in the Auditorium of Pondicherry Central University in March 2014. In his address the eminent poet Mahapatra said, “Poems should always be faithful to life. First of all, a poet should be true to his/her inner voice. Among achieving many things a poem should touch human lives.”

I do not write poems and I do not claim to be a poet. But, like many poetry lovers I like to read and enjoy poems when they are published in newspapers and magazines. Then, thanks to my poet friends, I often get their new poetry books. So I often read poems. But my talent in poetry is limited. So I tell my poet friends not to send me their poetry books for reviews and comments.
All the same here I have translated the poems of an Indo-English poet Prof. Dr. K. V. Dominic. He has written four poetry books. I have selected some 52 poems and translated them into Gujarati. I have several reasons for translating Dr. Dominic’s poems.
First, I have enjoyed reading and rereading Dr. Dominic’s poems. His first collection of poems Winged Reason was published in 2010. Then Write Son, Write appeared in the following year. His third collection of poems entitled Multicultural Symphony came out in 2014 and the fourth book Contemporary Concerns and Beyond in 2016. They all impressed me very much as I enjoyed them. I am deeply touched by Dr. Dominic’s poems as they express the values, ideas and visions, which I uphold. So I felt moved to translate and share them with Gujarati poetry lovers.
Second, as Jayant Mahapatra said, I heard the inner voice of poet Dominic through his poems. I see that they express very well my own ideas and understanding of human life and the whole creation. Then, some of his poems are rich with ancient cultural beliefs, stories and myths. They are capable of enlightening and moulding people. Usually such poems interest everyone.
Third, nature and environment are my favourite subjects. I see that directly or indirectly in many of Dr. Dominic’s poems which deal with them. Like the poet Dominic, I believe that all people need not only to be well acquainted with those topics but also need to protect and preserve and promote healthy environment. Dr. Dominic’s poems do inspire and encourage us in these directions.
Fourth, poet Dr. Dominic views writing his poems as a service to humanity. The humanity today is oppressed by injustice, immorality, irreligious hostility and all types of evil. We need to be conscious of this dire situation and try to be out of it. In this Dr. Dominic’s poems serve us as a guiding beacon of input.
Fifth, like me, Dr. Dominic does not believe in art for art’s sake. His poems reflect the life, society and culture. So, many of his poems echo human pain and suffering as well as lack of true freedom and the yearning for freedom and liberty.
Religious terrorism and communal conflict as well as wide spread corruption and evils, rape, etc like contagious sicknesses affect and paralyze human life and the society. The duty of the poet is to confront these forces and to indicate the road of justice and morality for all. Dr. Dominic is doing well in this direction. So as a fan of Dr. Dominic’s poems, I like to read and reread them time and again.

WE ARE GLAD TO INFORM ALL RESEARCH SCHOLARS AND COLLEGE/UNIVERSITY TEACHERS THAT OUR GIEWEC JOURNAL WRITERS EDITORS CRITICS (WEC) IS INCLUDED IN THE UGC APPROVED LIST OF JOURNALS. YOU CAN PUBLISH YOUR QUALITY PAPERS IN THE ISSUES COMING OUT IN MARCH AND SEPTEMBER. THE SUBSCRIPTION AND SUBMISSION DETAILS ARE GIVEN BELOW:

Length of Submissions
Critical Articles: maximum 3000 words, Short Stories: maximum 1800 words, Reviews: maximum 1500 words Interviews: maximum 1500 words, Poems: maximum 2 pages for a poet
The size of the letter for all submissions is: 14 in Times New Roman fond and the spacing is: 1.5. The writers should strictly follow MLA style of documentation, 8th edition (2016) for their critical articles. Book Reviews should be followed by copies of the original books sent to the Secretary. Each submission should be accompanied by a certificate denoting that the submission is original and unpublished. There should also be a declaration regarding the membership of the guild.
Deadline for Submissions
For March issue: 31 December, and for September issue: 30 June
Email copies of the submissions shall be sent to the secretary-cum-editor-in-chief, Dr. K. V. Dominic (Email: prof.kvdominic@gmail.com). Priority will be given to those members whose submissions have not been included in the issues already published. The copy right of the journal articles is reserved to the Editor.
Address all correspondence to:
Dr. K. V. Dominic, Secretary, GIEWEC
XXI/439, Thodupuzha East P. O.
Idukki Dt., Kerala, India – 685 585
Phone: 91+9947949159, Email: prof.kvdominic@gmail.com
Web Site: www.profkvdominic.com. Blog: www.profkvdominic.blogspot.in, www.giewecindia.blogspot.com 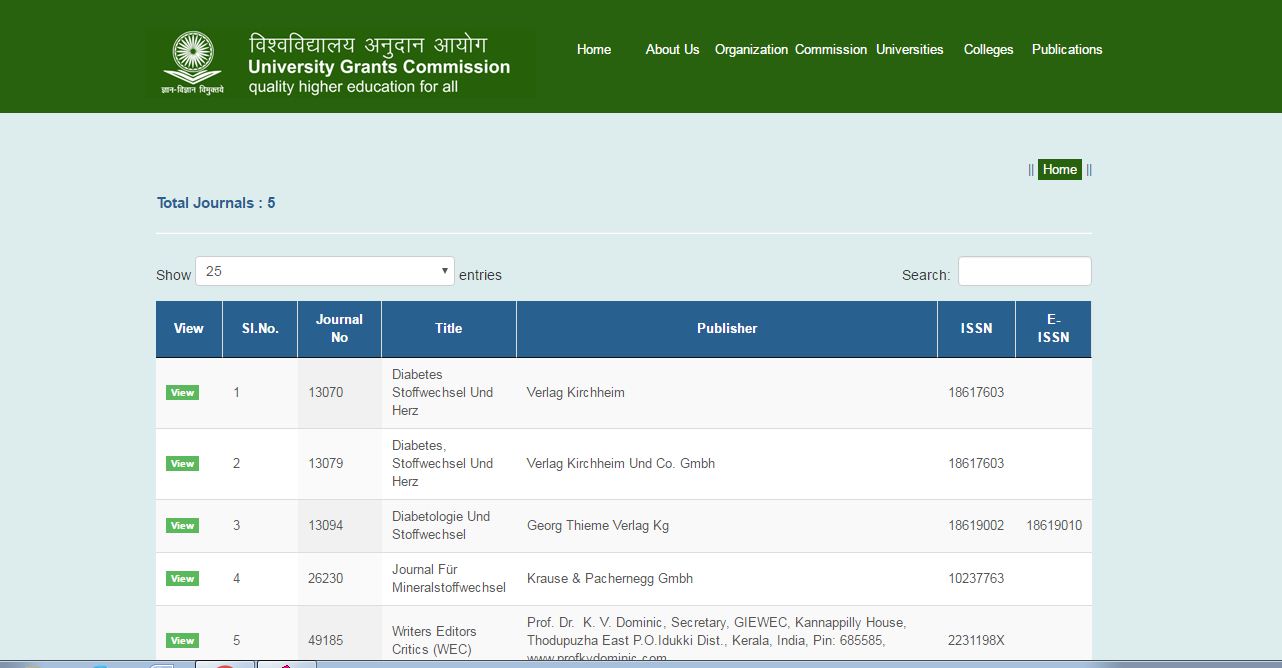 WE ARE GLAD TO INFORM ALL RESEARCH SCHOLARS AND COLLEGE/UNIVERSITY TEACHERS THAT OUR JOURNAL INTERNATIONAL JOURNAL ON MULTICULTURAL LITERATURE (IJML) IS INCLUDED IN THE UGC APPROVED LIST OF JOURNALS. YOU CAN PUBLISH YOUR QUALITY PAPERS IN THE ISSUES COMING OUT IN JANUARY AND JULY. THE SUBSCRIPTION AND SUBMISSION DETAILS ARE GIVEN BELOW:


Length of Submissions
Critical Articles: Maximum 2500-3000 words or 8-10 pages
Reviews: Maximum 1000-1500 words or 2-3 pages
Interviews: Maximum 1500 words or 5 pages
Poems: Maximum 2 pages for a poet
Short Stories: Maximum 1800 words or 6 pages
The size of the letter for all submissions is: 12 in Times New Roman fond and the spacing is: 1.5. The writers should strictly follow MLA style of documentation, 8th edition (2016) for their critical articles. Book Reviews should be followed by copies of the original books sent to the Editor.
Deadline for Submissions
For January issue: 30 October
For July issue: 30 April
Only subscribers’ submissions will be published in the journal. Hence kindly take the subscription of the journal before you send your submissions.
Annual Subscription Rates:
India