Guild of Indian English Writers, Editors and Critics (GIEWEC) in collaboration with Department of English, School of Humanities, Pondicherry University conducted a two day national level literary festival at Pondicherry University on 20th and 21st March 2014. The topic for the festival was "Indian Literatures in English: New Directions, Newer Possibilities." 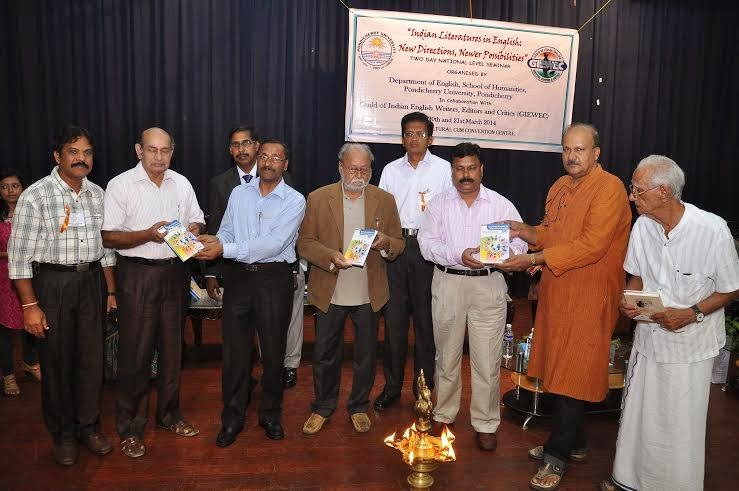 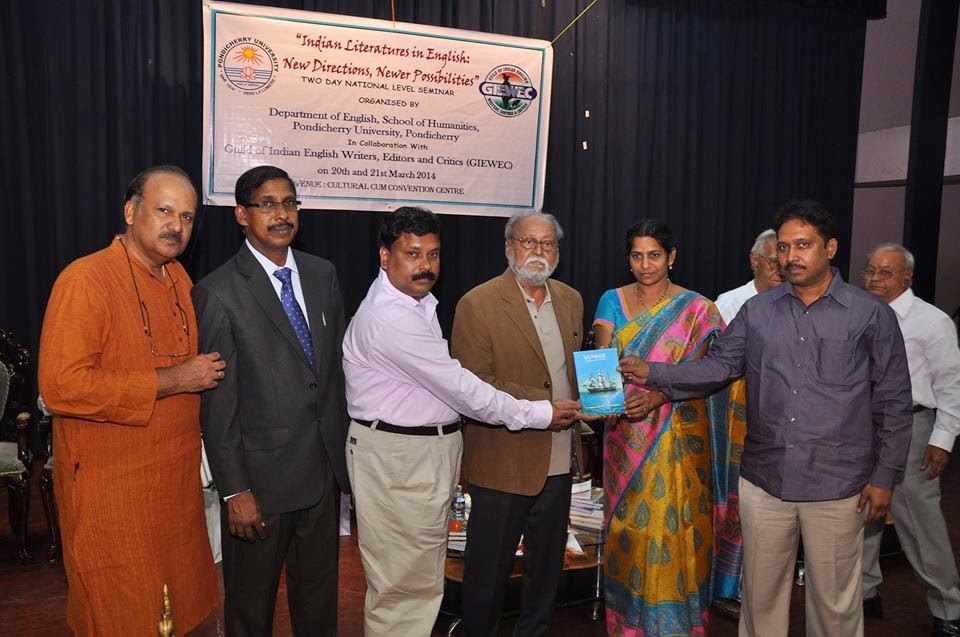 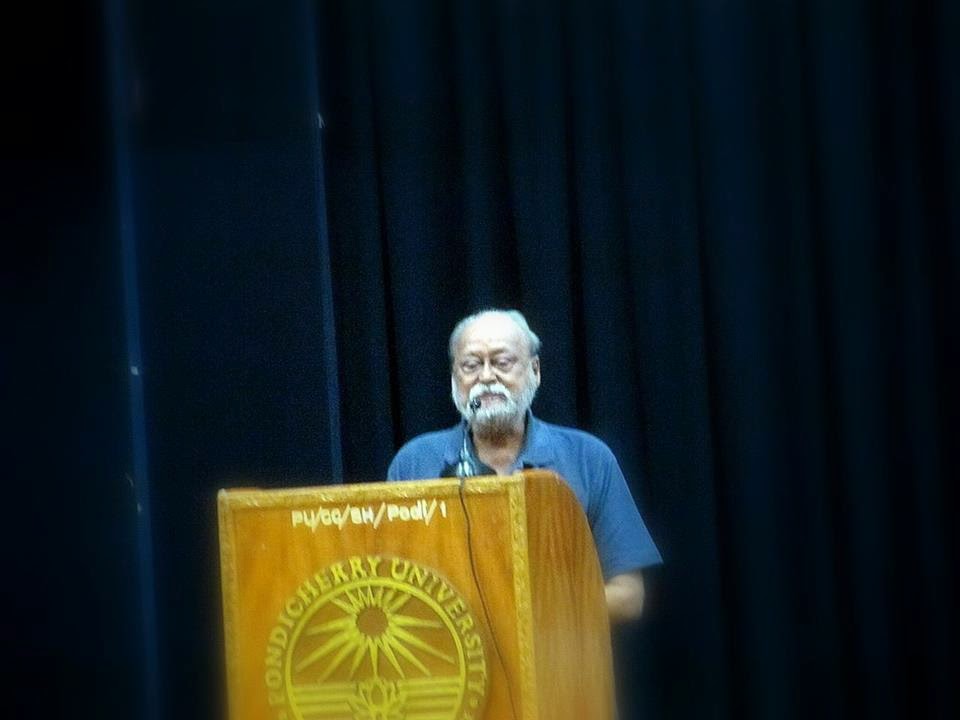 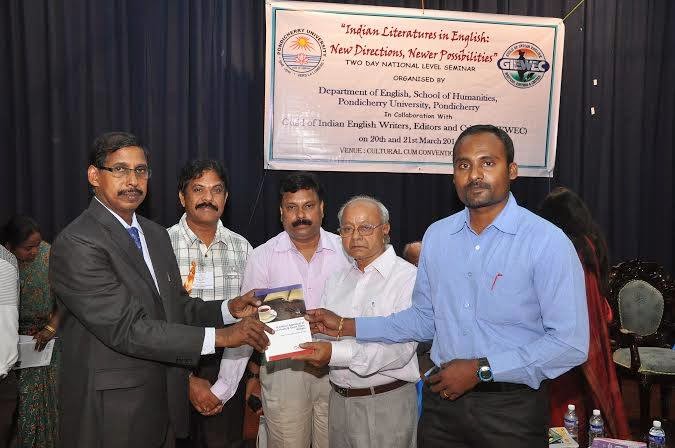 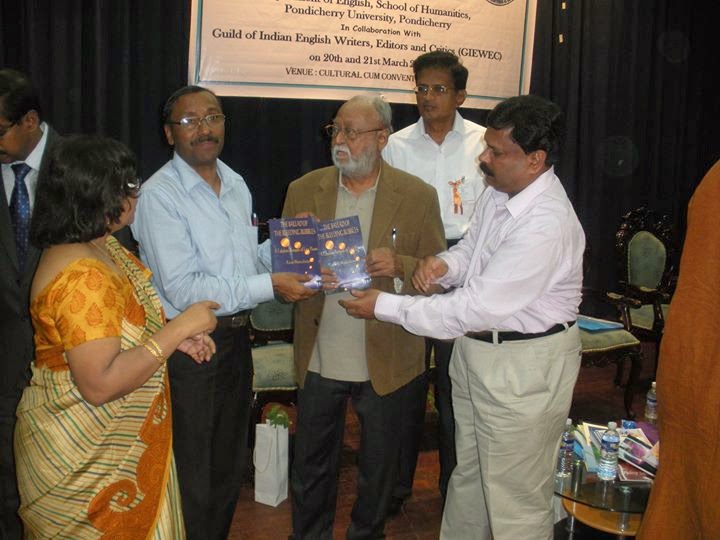 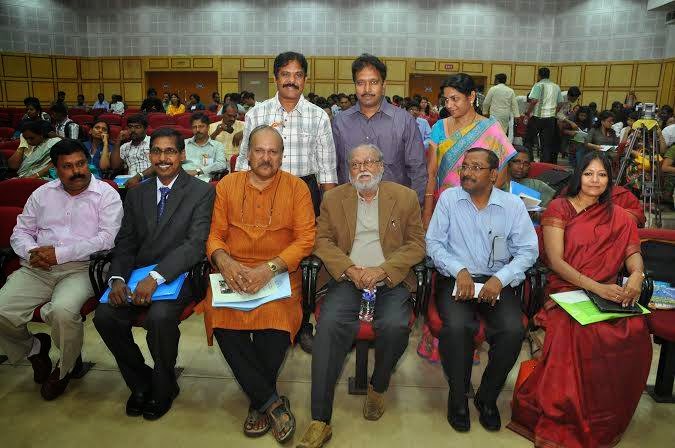 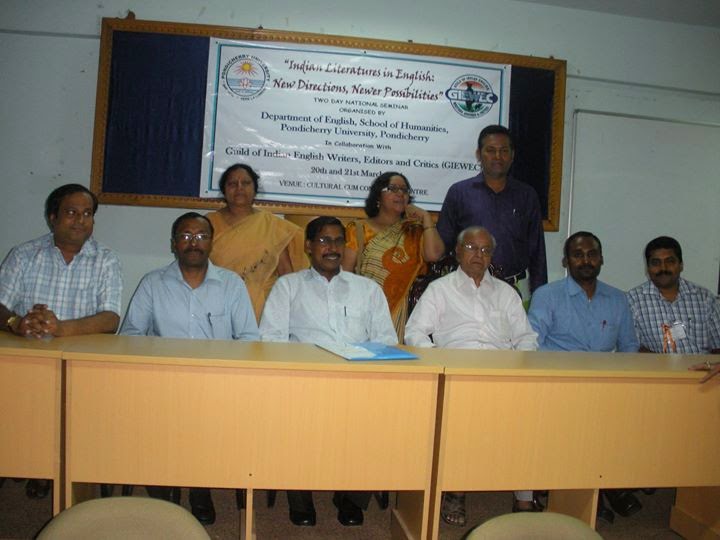 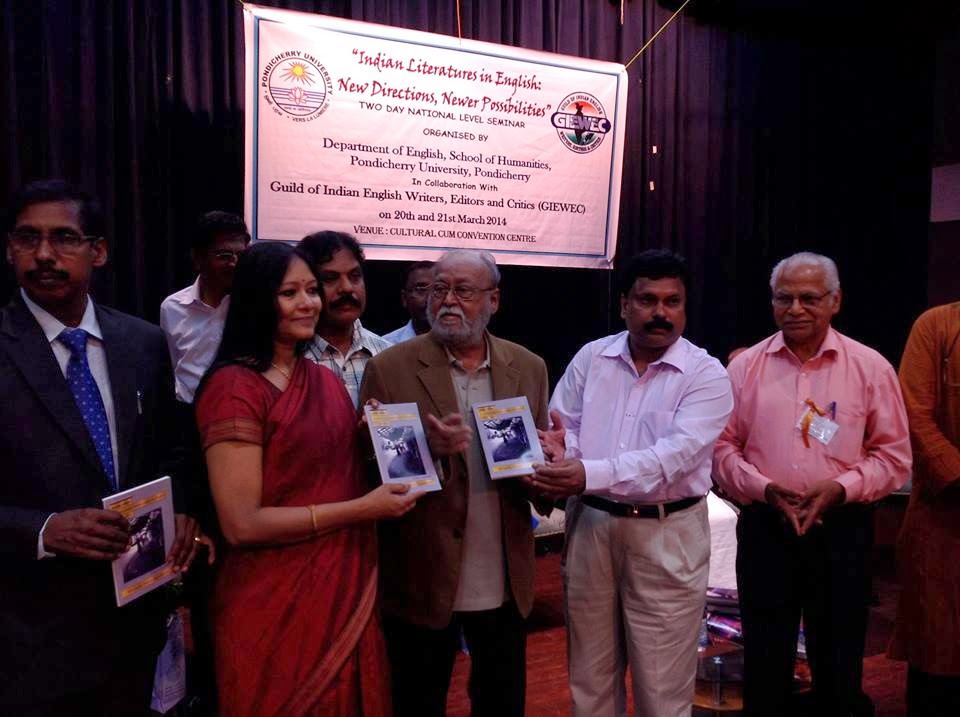 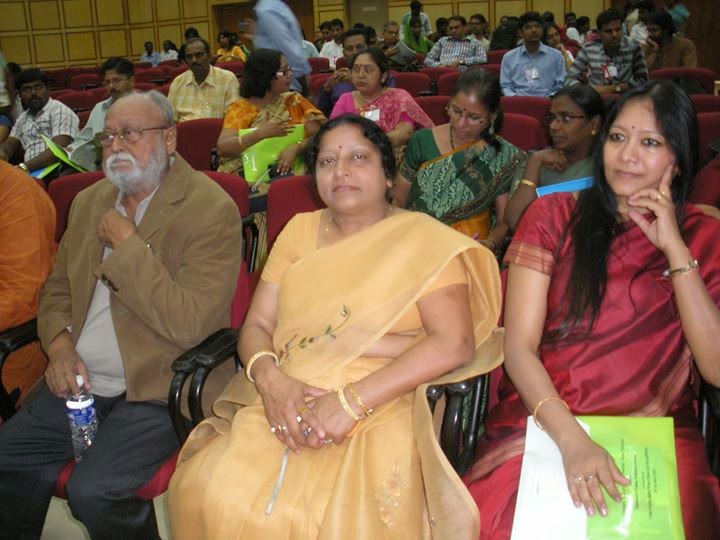 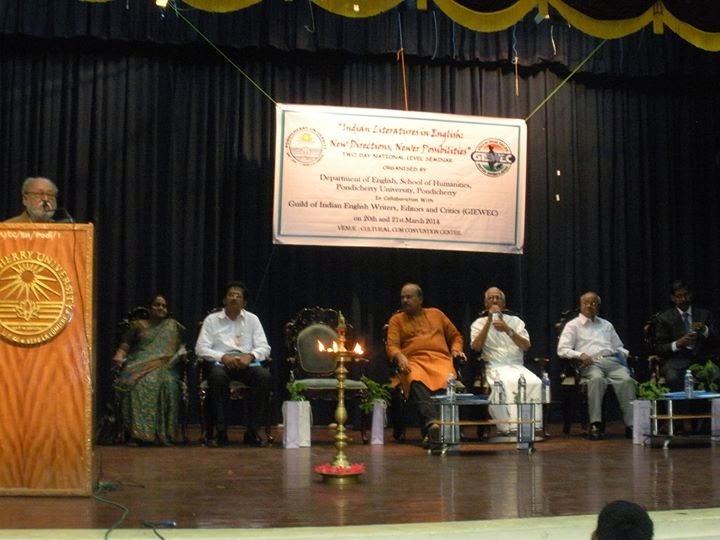 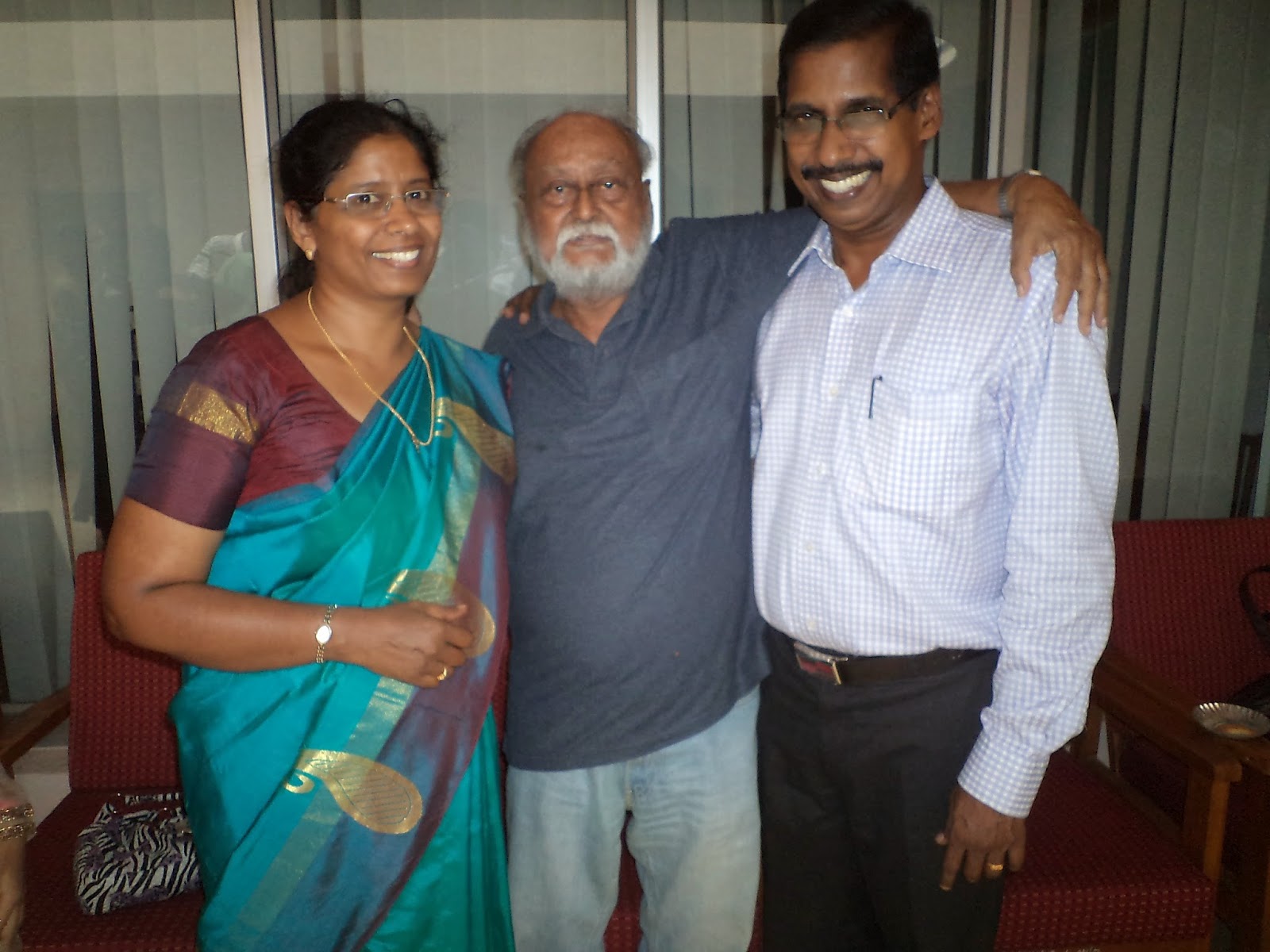 Overall, the festival was a grand success. The credit goes to the organizers. Dr. S. Murali, the HoD of English as well as the chief organizer took the initiative several months before and got GIEWEC’s proposal sanctioned by the Vice Chancellor, Registrar and Finance Officer. He worked really hard for several days and nights and could very well coordinate his colleagues, research scholars and PG students for the great outcome. He was greatly assisted by his faculty members, particularly Dr. Clement Lourdes, Dr. K. Reshmi, Dr. Lakhimai Mili and Dr. Ujjwal Jana. Dr. K. V. Dominic in his speech during the valedictory function at 3.30 p.m. on 21st expressed GIEWEC’s deep gratitude to Pondicherry University--the Vice Chancellor, the Registrar, the Finance Officer, Dr. Murali and his faculty members as well as Research Scholars and PG students for their selfless, tremendous effort and dedication. Loyal to the sublime status of one of the best universities in India, the entire Department of English showed their mettle and the festival thus became unique and exemplary. The greatest attraction of the festival was the presence of two literary legends—Jayanta Mahapatra and Ashokamitran who deserve Nobel Prize for literature. The participants could talk to them freely, share ideas on literature and have photographs with them. A million thanks to Dr. S. Murali for bringing them to the festival. Jayanta Mahapatra was there as resident poet from 15th to 23rd of March. Certificates were distributed to the participants during the valedictory function. The festival ended with national anthem. 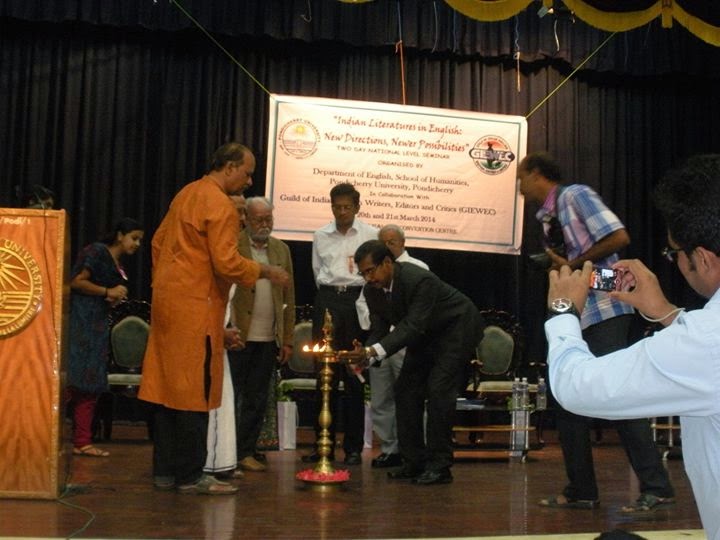